What are Floods and Landslides?

Where do they occur?

The maps below show the combination of the potential damage and the risk of flooding and a general schematic summary of the flood changes observed in Europe.

Landslides are dominantly considered as a local soil threat in mountainous regions and on slopes. Hazards posed by landslides are accidental and dynamic. Landslides are increasingly recognised as a severe problem, as evidenced by the numerous studies that try to assess the most susceptible areas all over Europe.6

The driving forces/pressures for flooding and landslides are of natural, social, economic, and ecological origins which interact in complex ways

Land use changes.
One of the main socio-economic drivers for flooding and landslides are changes in land use. Changes from grassland to arable farming systems, field drainage, changes in forest covers and soil sealing can all increase runoff and incidences of flooding. Decreases in vegetation/forest cover can increase landslide activity and soil loss and the abandonment of the lands in the terraced slopes in the Mediterranean environment of southern Europe has led to an increase in shallow landslide activity.

How can they be measured or assessed?

The table below lists key and/or proxy indicators for flooding and landslides identified by RECARE and ENVASSO3 projects.

The table below lists key indicators, purpose of the indicator and methods for measuring flooding and landslides.

Floods and landslides are distinctive soil threats, as the measures for prevention and remediation, can be very local but often involve coordination across national borders. The actors can range from householders taking out insurance and moving their possessions to upper floors of their homes through to transnational integration of river basin management. 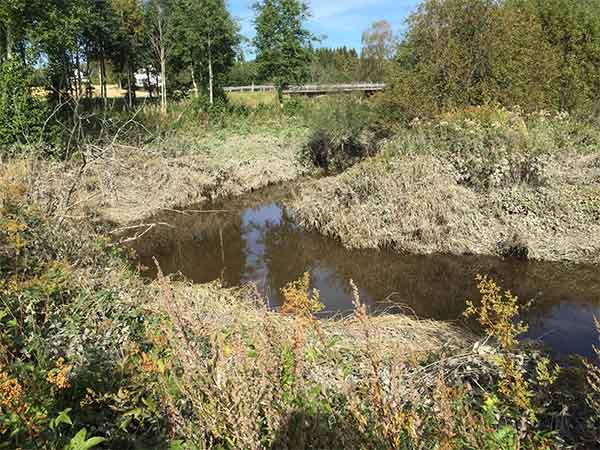 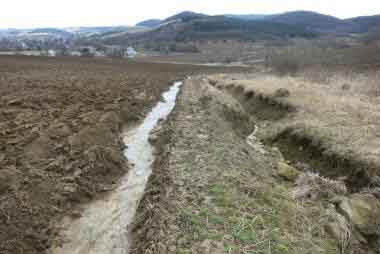 How do they interact with other soil threats?

Effects of flooding
Small and large-scale temporary flooding of soil can cause significant soil deterioration effects. Floods over slopes in the form of overland flow, sheet flow, return flow, groundwater ridging, etc. are obviously connected to soil erosion and landslides. The floodwater along with saturated conditions may destroy soil macropores and the soil organisms that create a soil’s structure. Under such conditions, the soil can be more susceptible to compaction, crusting, and high bulk-density problems. Floodwaters are likely to be contaminated, with for example sewage and as such may pose health risks to citizens exposed to pathogens in these waters and soil. There are many adverse effects of flooding on plant growth; all the developmental stages of flood-intolerant plants are affected, including; the inhibition of seed germination, vegetative and reproductive growth, and changes in plant anatomy. Floods may lead to a decline in soil biodiversity if anaerobic conditions prevail and flood-related waterlogging may potentially lead to local salinization.

Effects of landslides
The linking of landslides to soil erosion by water is evident as landslides can be seen as a primary source of erosion by increasing the sediment yield in the drainage basins where they occur. Landslides can also be seen as a secondary source of erosion, since the material that accumulates in the deposition area is looser than in the neighbouring areas. In human-modified environments, especially industrial sites and areas that have been intensively cultivated, if a landslide occurred, it would most probably lead to the increase of erosion potential and release and transport of contaminating substances. Short-lived landslide dams that form and fail within the duration of a rainfall-induced flood event in mountainous environments can generate flash floods or aggravate flooding in a basin.

How do they affect soil functions?

Biomass production - Floods will affect food production either through soil erosion and the leaching of nutrients (usually upstream), or by the inundation and siltation of agricultural land (usually downstream). In the case of landslides that affect cultivated or natural areas, food, biological and environmental functions are lost in a very short period. However, landslides can lead to a rejuvenation of soils favouring the development of new biological and ecological systems and the restoration of soil functions in a short time period (< 5 years).

Physical basis - Soil as a platform for man-made structures (such as buildings and highways) is affected by floods, but most often the impact is not attributed to the soil itself. The soil is, in these cases, usually covered by an infrastructure (road, foundations, and urban sealed surfaces). Foundations exposed to (repeated) flooding are not supported by subsoil from the  bottom or cannot reach their design bearing capacity due to the  lack of soil overburden. Erosion can lead to the loss of a significant  soil volume below foundation structures, thus producing deformations  and cracks in the superstructure. An uneven settlement or a collapse of the whole structure can occur. The effects of landslides are similar to those listed for floods, affecting the stability and functionality of the structure and sometimes completely destroying it.